100 million sharks are killed every year according to recent surveys, either by hunting and using their components, or finning them then throwing them back to the sea to bleed to death.

In Marsa Alam, it was the first time that “Haitham Obaid” tried diving to see sharks where he felt scared.

After some time, the diver’s feelings turned to fascination and admiration, he accompanied dozens of tourists who came from all over the world to see sharks in Egypt. He was assured that they are peaceful creatures as long as no one attacks them. He said: “I got angry when I thought that people kill them and waste its environmental and economic value to make a soup dish”.

Thousand years ago in China, someone came up with “Shark fin soup”; in a pot, he put the fins added to them some spices making one of the most expensive dishes in the world.

For this particular dish and other reasons, 100 million sharks are killed every year according to recent surveys, either by hunting and using their components, or finning them then throwing them back to the sea to bleed to death.

When you hear “Shark” all you think about is the image of this fierce giant creature that smells your fear and can shred you to pieces, but when you learn how this creature is followed by death in different ways, you’ll end up sympathizing with it.

Sharks have existed since 450 million years ago; they were classified as cartilaginous fish. Years passed and scientists discovered different species of sharks, so the world now knows about 520 species, and more are still being discovered.

In the last 50 years, targeting sharks and rays has increased leading to the decrease in their numbers by 70% and endangering three-quarters with extinction. How did we reach this point?

Why is the world hunting down sharks?

Basically, sharks trade depends on two aspects, first the meat, which has a small economic value compared to the more profitable aspect which is the fins; at the time that fins cost can reach 100 USD per kg, sharks’ meat cost about 0.1 USD per kg.

Fins and meat are not the only parts of the sharks humans are after, but they use their skin, cartilage and liver as well. Many Asian and Oceania countries eat shark skins after boiling them in water and removing their scales. Cartilages are used in the food industry sometimes and are commonly part of the pharmaceutical products manufacture, whereas the oils from the liver are used in a number of industries, according to the “FAO”.

Sharks at the top of the food chain

Marine life follows a precise eco system in obtaining food and its organisms are classified according to their position in the levels of the food chain or the so-called “food pyramid”, so each species feeds on fish that are located at the following level in this pyramid.

Sharks are at the top of this food chain, according to Dr. Mahmoud Al-Hanafy, Professor of Marine Environment at Suez Canal University, saying “sharks are vital indication for marine environment balance, they prey on genetically weak or sick fish hence keeping the balance in the lower levels of the food chain in terms of numbers and species, they also enhance the purity of genetic strength in the existing fish. Depletion in sharks’ numbers leads to an increase in the fish following them in the pyramid, consequently the occurrence of imbalance in the whole food chain, as each level plays a certain designated role, thus we lose this biodiversity and the efficiency of the ecosystem is affected.”

Why is it difficult to “retrieve sharks’ species”?

Along with endangering sharks, “retrieving their species” is just as complicated and difficult, for it might take these fish decades to regenerate.

“Sharks reproduce slowly and have low fertility levels, meaning they produce not more than tens of pups, which is nothing compared to other fishes producing maybe a million eggs, thus sharks’ communities have limited ability to regenerate and take a long period to recover and restore their numbers and species”, says Dr. Al-Hanafy, then added that sharks reproduce according to their species, some we call “Ovoviviparous” in which embryos develop inside eggs that are retained within the mother’s body until they are ready to hatch, while others lay their eggs directly into the water. There are shark species that live for decades, whereas others live for not more than five years.

The Professor of Marine Environment believes that hunting sharks in Egypt is a huge economic loss and not only an environmental one. Sharks are tourism commodities attracting divers from all over the world and earning Egypt thousands of dollars a year, adding “if a single shark lives for twenty years its economic value in tourism may reach up to 4 million dollars, however hunting it, the fish then ranges between 150 to 300 dollars, the paradox is clear.”

Dr. Al-Hanafy also warns against the dangers of eating shark meat as it contains large amounts of mercury, which is a heavy metal, and eating large quantities of it leads to incurable diseases. On the other hand, many countries forbid eating shark meat, while others allow some small fish that contain lower levels of mercury.

In another context, overfishing also harms the sharks indirectly, as it harvests large numbers of the fish the sharks prey on and leaves them hungry. Also, dumping kitchen waste in the water or throwing food for sharks has changed their behavior and made them more hostile, and this is one of the reasons for sharks attacking human accidents.

Half of sharks’ species in Egypt have disappeared

Dr. Mostafa Fouda, Advisor to the Minister of Environment for Biodiversity, said that Egypt has about 50 species of sharks ranging in length from twenty centimeters to five meters, but in recent years nearly half of them have disappeared due to several factors such as overfishing, human interventions, pollution and climate change.

He added that there are several laws and agreements prohibiting harming sharks, however, in reality, sharks are hunted down in violation to these laws.

Then Dr. Fouda added saying, “”In Egypt, according to the amended Environment Law of 2009, the possession of shark fins is punished by law. We need continuous monitoring of the presence of sharks and prohibit using large nets in areas where they are likely to be found.”

European citizens have decided to launch this initiative last year calling for ending the trade of fins in the EU, “Although finning (cutting off sharks fins on board of fishing vessels and throwing the sharks overboard) is prohibited in the EU, shark fin trade is not. The sharks are still hunted down, there are markets for selling their meat and fins’ business is conducted away from the public eye … let us leave fins naturally attached”.

According to David Campbell, Founder of the MarineBio Conservation Society for marine life, sharks managed to survive any mass extinctions, however during the Cretaceous–Paleogene extinction event, 66 million years ago, about 90% of shark species in the open ocean became extinct, and now, in his opinion, sharks are facing yet again the risk of mass extinction.

“It is not just overfishing that threatens them directly, there are many additional threats that are not fully understood such as climate change and the map of the distribution of other predators that are affected by human fishing; British research found the presence of plastic fragments in the digestive tracts of 67% of sharks that were examined. We know that plastic may carry toxins and pathogens, but its potential impact on sharks at this point is unknown“, said Campbell.

Then Campbell added that important nursery areas for sharks such as mangroves and estuaries have also been endangered by human activities including fishing and climate change.

The need for joint efforts

Levis Kvaje, Coordinator for Ecosystems and Biodiversity at the United Nations Environment Program in Africa, said that shark hunting causes an ecological imbalance that can lead to catastrophic results, as they grow slowly, mature late and reproduce very few pups, so overfishing will lead to their extinction on the medium to long term.

Kvaje added in special statements, on the sidelines of a workshop organized by Africa21 on biodiversity, that preserving sharks needs cooperation between countries in order for all this work to be effective, noting that the United Nations Environment Program, through the Convention on Migratory Species, calls for international cooperation to address excessive exploitation of sharks.

This story was originally published on Shorouk news 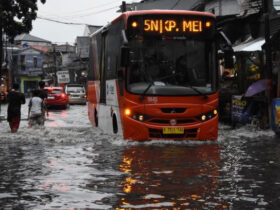 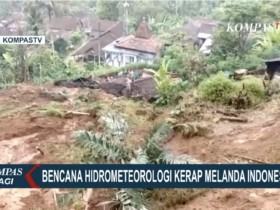