First of all, let me tell you about a couple of interesting opportunities that we’re offering here at Climate Tracker:

what brazilian newspapers are saying

It is believed that his assassination was motivated by his job at the agency, which involved protecting the indigenous land of Vale do Javari. The area is home to several indigenous communities, including some that remain in isolation. The land is threatened by land grabbers, miners and loggers.

The forest is worth trillions
In Brazil, private rural properties have to set aside part of their total area for native vegetation. These areas are called “legal reserves” and their extension spans from 20-80% of the total area of the property, depending on where they are located.

These reserves on private lands are estimated to provide US$1,4 trillion in environmental services a year, according to a recent study published in the journal Perspectives in Ecology and Conservation. These services include clean water, pollination and erosion control among others. The study was reported by Jornal da USP and O Estado de Sao Paulo.

A bill authored by senators Eduardo Bolsonaro, one of the president’s sons, and Marcio Bittar, aimed to remove these restrictions on private properties. However, in the context of the Amazonian crisis and international scrutiny, the bill was withdrawn last month.

WHAT FOREIGN NEWSPAPERS ARE SAYING

Bolsonaro’s “new age of wrecking”
Reporter Tom Phillips and photographer Avener Prado ventured on a 2000-km reporting trip through the states of Rondonia and Amazonas, in the Brazilian Amazon. During their trip, they found a worrying consensus:

“Along the way, an almost identical refrain emerged from the mouths of indigenous leaders, wildcat goldminers, environmental activists and government officials: that Bolsonaro’s stripping back of protections and anti-environmental rhetoric had contributed to the scale of the fires – more than 30,000 of which were recorded in August alone – and set in motion a new age of wrecking that looks set to continue beyond the end of the annual burning season next month.“

Their story was published in The Guardian.

Two ways of seeing the forest
Reporter Becky Ferreira debunks the myth of the pristine forest in this interesting piece published in Motherboard. She also gives indigenous communities their due credit by acknowledging their role in creating a more fertile Amazon over the course of the last 10,000 years.

One of her interviewees says that what we’re seeing today in the Amazon is not so much a clash between humans and nature, but a dispute between two forms of human occupation:

“One has produced, over the course of thousands of years, this extremely diverse biome which has contributed immensely and in many different ways to the habitability of the planet, The other, which causes the fires that you’re seeing, can potentially have a gigantic negative impact on the planet as a whole.”

I’ll be back next week with more environmental news from Brazil.

Will sharks survive extinction this time?

Upcycling in Uganda: inside a company turning Africa’s waste into wealth

Upcycling in Uganda: inside a company turning Africa’s waste into wealth

Upcycling, a form of circular economy, gains popularity across the world. In Uganda, business like Reform Africa are joining the wave. 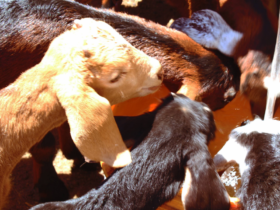 In Argentina, the fight for water is a struggle for equality

Inequality and water problems are intensified by climate variability and extreme events, where climate change is generating economic impacts in rural communities.