Over the next 5 years, The Indonesian government plans to increase the amount that renewable energy contributes to the overall energy supply from 19 to 23 percent. However, aside from an expansion in solar capacity, country leaders also banking on more dubious sources of “green” energy: hydroelectric power and biodiesel. In order to find out how these pathways were portrayed in the media, I analyzed 126 articles across Indonesia’s leading outlets—Kompas, Katadata, Tribun Kaitim and Tempo Magazine—with both quantitative content analysis and framing analysis methods.

In policy and media discourse, hydropower and palm-oil biodiesel framed as “green” despite environmental impacts

Of these two energy sources, hydropower receives mostly regional coverage concentrated in the regional Tribun Kaitim, as this newspaper is based in Kalimantan where the river flow is believed to have high hydropower potential. A Tribun Kaltim article titled “Interested in Green Economy, Australia Will Build 60,000 MW Hydropower and 20,000 MW Geothermal, shows how Indonesia’s hydropower potential is considered attractive to domestic as well as foreign investors. The article frames large hydropower projects of 15,000-megawatts as part of a “green transition,” despite large hydropower’s ecological and social impacts.The proposed project, in particular, would encompass an iron ore smelter using hydropower as “environmentally friendly energy”, though this frame is not backed up by any source aside from business representatives and local government.

In many ways, this is unfortunately the worst possible result for those interested in a green transition across Indonesia. While a hydropower project could arguably be a better result than a coal plant, it would be positioned in the heart of Kalimantan’s incredible ecology, flooding the world’s oldest biomes and producing tonnes of methane as a result. The hydropower credentials would then be used to “legitimise” the project, and its energy would be used for a  high-polluting aluminium smelter. As such, this lack of investigative engagement with the topic is hindering Indonesia’s media from truly questioning the ‘green’ transition underway.

Another popular topic mentioned within Indonesia’s renewable energy development framework is biodiesel. Our content analysis previously found 10 articles out of 126 which framed a transition from fossil fuel to biodiesel as part of the 2020-2024 National Medium-Term Development Plan. The majority of this biodiesel would come from palm oil, using a new conversion technology developed by the state-owned company, Pertamina. All articles included in our analysis framed this program as part of a green transition in the energy sector, while only a few mentioned palm oil’s labour or environmental impacts, and none framed the technology as a ‘false solution’ to the climate crisis.

“Biodiesel causes environmental problems. One of the sources from ESDM has said that to produce 1 million barrels of oil requires at least 15 million hectares of new palm oil. Of course, this will create new problems…Palm oil has many interests, so it is difficult to discuss it [critically].

For example, a Katadata article attributed to the entire Katadata Publication Team posed biodiesel as a “national energy transition strategy if it is managed sustainably.” An underlying assumption was that if emissions from land conversion and palm oil mills were effectively monitored, the benefits from palm-oil biofuel would outweigh its risks.

Meanwhile, Tribun Kaltim article “Taking A Peek at The Processing of Palm Oil Liquid Waste in East Kutai, Transformed into A Renewable Energy Fuel”, hailed a company in East Kalimantan Province as the founder of Indonesia’s first compressed natural gas plant using palm oil waste. The author cited seemingly impressive facts such as the company’s ability to process liquid palm oil waste into renewable energy fuel at 280 cubic meters per hour as evidence that it was a pioneer in sustainable palm oil development.

Kompas stood out for publishing one of the few articles that presented a more critical frame.   “Energy Inspiration: Is Biodiesel Really Environmentally Friendly? was a rare article that dove into the scientific facts behind the deforestation and loss of biodiversity associated with palm oil production in Indonesia. “More than half of deforestation in Kalimantan is linked to palm oil production,” the article emphatically stated. “Despite their appearance of being ‘green’, oil palm plantations sequester far less carbon than native forests and destroy biodiversity. Clearing land for oil palm cultivation contributes to a haze of forest fires that is damaging to health and accelerating global warming through the emission of greenhouse gases.”

Interestingly, the article was placed in Katadata’s “Global” section and written by the section’s associate editor Danur Lambang Pristiandaru.

Our interviews with journalists revealed that palm oil is considered a sensitive topic by all those who wrote about it. Two journalists were aware of the pitfalls of framing palm-oil linked biodiesel as part of a green transition in Indonesia, though they did not always act on these concerns.

Tribun Kaltim editor Martinus Wikan expressed his skepticism. “Currently, the most energy produced in East Kalimantan is coal. Green energy from palm oil does not exist yet. There is a lot of palm oil but there is no biofuel. There is also no factory for processing palm oil into biofuel,” he said. “So far, the government is only planning”.

Similarly, Katadata journalist Verda Nano said, “Biodiesel causes environmental problems. One of the sources from ESDM has said that to produce 1 million barrels of oil requires at least 15 million hectares of new palm oil. Of course, this will create new problems. “

However, journalists could not always raise these concerns in articles about palm oil. “Palm oil has many interests, so it is difficult to discuss it”, Nano quietly concluded. 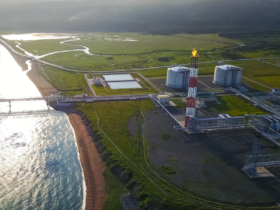 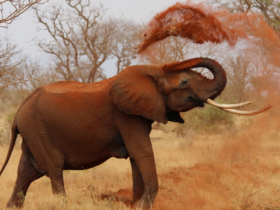