“ETM is an ambitious plan that will renew Indonesia’s energy infrastructure and accelerate the clean energy transition to net-zero emissions in a fair and affordable way,” said Minister Sri Mulyani said at the conference.

This scheme is in line with energy demand in Asia which is expected to double by 2030. This need will also encourage countries to build coal-fired power generation capacity, citing a press release . In the press release, it was stated that currently around 67% of Indonesia’s electricity is obtained from coal plants. However, data from the World Bank and the Ministry of Energy and Mineral Resources processed by the Institute of Essential Services Reform (IESR) shows that the figure was 64.27%, as at 2020.

Indonesia has also committed to reducing emissions by 29% by 2030 and has a target to achieve net zero emissions by 2060. Net zero emissions generally refer to the absorption of all human-produced emissions so that nothing evaporates into the atmosphere. Furthermore, ETM will raise funds to accelerate the closure of 5 to 7 coal-fired power plants in Indonesia and the Philippines during the 2-3 year pilot phase, while facilitating investment in alternative clean energy options in each of these countries.

The ETM consists of two portions of finance. The first financing is aimed at the early closing or accelerating the transfer of functions of coal-fired power plants. While the second financing focuses on investing in generation, storage and upgrading of the electricity grid for new clean energy. “In the future, it is hoped that multilateral banks, private institutional investors, philanthropic organizations, and long-term investors will provide capital for ETM,” the press release said.

Over the next 10 to 15 years, ETM aims to close 50 percent of all coal-fired power plants in Indonesia, the Philippines and possibly Vietnam. In this scenario, ETM is able to cut 200 million tonnes of CO₂ emissions per year or the equivalent of removing 61 million cars from the road.

Minister of State-Owned Enterprises (BUMN) Erick Thohir said PLN had been working with ADB to “start converting from a coal-fired power plant ” which would take 34 years, as opposed to the ADB announced duration. This was conveyed when he visited the Indonesian pavilion at COP26. In general, he said that Indonesia must be careful in carrying out climate change initiatives. According to Erick, Indonesia must be a part of globalisation. However, this effort should not reduce Indonesia’s competitiveness as a country.

“We don’t want everything to be globalised and green, while the Indonesian people don’t get jobs, and our industry doesn’t grow. We are now trying to find equilibrium ,” said Erick to the media crew. Erick and Sri Mulyani were only two of the many ministers who attended COP26. Minister of Public Works and Public Housing Basuki Hadimuljono and Minister of Foreign Affairs Retno Marsudi were among the ministers who attended the Indonesian Pavilion on the same day.

Efforts towards a clean energy transition at COP26 are motivated by Indonesia’s dependence on coal. Executive Director of the Institute for Essential Services Reform (IESR) Fabby Tumiwa said that Indonesia has been using coal to replace fuel oil as a power plant since the 1980s. Coal is also considered the cheapest and the in the most abundant supply. However, the supply of fossil energy such as coal can run out as demand increases.

On Tuesday (2/11/2021), Fabby stated that the ETM is a pretty good initiative because it can handle two problems, namely reducing the capacity of the PLTU in the electricity system and encouraging investment in renewable energy.

“What must be ensured in Indonesia is that there is enough capacity to provide renewable energy,” said Fabby. According to Fabby, the closure of the PLTU is in accordance with decarbonization efforts, namely removing CO2 from a country’s economy, in Indonesia until 2060 or earlier. It can also help prevent a maximum global temperature rise of 1.5 degrees under the Paris agreement.

He cited an IESR study which stated that Indonesia’s renewable energy mix in 2030 must reach 45 percent in order to be able to adjust to the 1.5 degree target. This means that at least 10-12 GigaWatt steam power plants need to be retired to accommodate such a large renewable energy capacity in the national electricity system. However, some parties are still skeptical of the plan.

A coalition of 60 civil society organizations, almost all from Asia, urged ADB on Monday (3/11/2021), to delay the announcement of the ETM until ADB is able to address some of the practical concerns about this proposal.

“We urge the ADB not to risk the survival of our climate and not to risk possibly ending coal in a fast, fair, and truly transformative manner with early purchase schemes that remain shrouded in uncertainty,” the coalition letter wrote to ADB, citing a press release.

For example, this coalition asked for clarity regarding ADB’s plan to stop the power plant for 15 years. The coalition believes that this duration will encourage people to use more coal-fired electricity for years to come. The coalition also considers that there is no guarantee that the capacity lost due to premature termination of the power plant will be replaced by renewable energy sources. The lack of clarity on how ETMs will avoid overpaying or create incentives for older coal-fired power plants to extend their life is another issue.

In addition, they are also concerned about the involvement of investors and coal-fired power plant developers, as well as the potential electricity consumers who will be forced to bear additional costs due to this plan. They also criticized the lack of opportunities for the public and civil society to be involved in the formulation of the ETM.

“As a climate-vulnerable and economically burdened people, we cannot allow ADB to gamble with premature coal removal plans, which to us are nothing less than a matter of life and death,” said the Executive Director of the Center for Energy, Ecology and Development ( CEED) Gerry Arances in the Philippines. ADB also previously announced in a draft report that it promised to cut all fossil fuel-related financing. However, citing Climate Tracker , ADB will continue to finance gas projects in certain cases, such as when there is no access to electricity in the area or when renewable energy is still expensive. 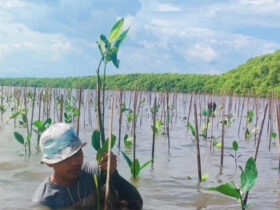 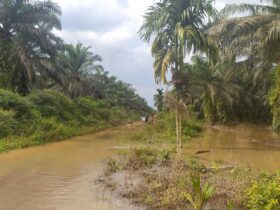