Southeast Asia has seen the problem of plastic waste grow in urgency as fast-paced urbanization, a reliance on single-use plastic products, and continued plastic production have made plastic a convenient choice for its population of over 650 million people.

The region is also a major contributor to plastic pollution in oceans: according to a 2017 report by the Ocean Conservancy and the McKinsey Center for Business and Environment, only five countries produce all of the world’s plastic waste harming marine life. China is one of them, and the remaining four are in Southeast Asia: Indonesia, Malaysia, Philippines, and Vietnam. World Bank data from April 2021 shows that only 25 percent of the material value of plastic in Malaysia, Philippines, and Thailand is recycled and recovered.

Plastic does not only impact marine biodiversity; it also contributes to climate change. Over 99 percent of plastics, after all, are made from chemicals sourced from fossil fuels, resulting in greenhouse gas emissions at every phase of their lifecycle. A report by the Center for International Environmental Law (CIEL) shows that greenhouse gas emissions from plastics impede the Paris Agreement’s goal to cap the global temperature increase at 1.5 degrees Celsius. According to CIEL data, if plastic production continues at its current pace, by 2030, annual emissions from plastic production and incineration could reach 1.34 billion tons — an amount that is equivalent to emissions produced by 300 new 500-megawatt coal-fired power plants. By 2050, emissions could increase to over 2.75 billion metric tons per year.

The World Economic Forum has sounded a similar warning: as of 2019, 4 to 8 percent of annual global oil consumption is associated with plastics. If the world’s dependence on plastics stays the course, 20 percent of oil consumption will be traced back to plastics by 2050.

Considering that climate change is one of the threats to long-term stability in Southeast Asia, there is a need to address the plastics problem with renewed urgency. While local governments in the region have implemented plastic bans in the last few years, the COVID-19 pandemic and its demand for personal protective equipment — which are often made from plastic — have reversed much of the progress on curbing plastic use.

These realities, however, have not been explicitly depicted by the media in the region. From April to June, we at Climate Tracker, in partnership with Break Free from Plastic, aimed to assess media coverage of plastics in Southeast Asia before and during the COVID-19 pandemic.

You can download our report below to learn more ⬇️⬇️

ADDITIONAL RESOURCES FOR YOU

In this multipronged approach to our research, we put together some resources we hope will help you to further understand or report on the media coverage of plastic pollution in Southeast Asia.

If you missed our webinar, catch the full recording on our YouTube channel. 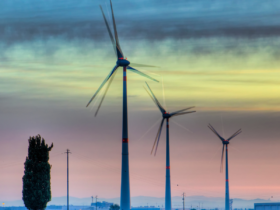