Climate change is an intimate and personal experience for Africans, many of whom have felt the pressures of climate change since childhood. Aside from well-known narratives of rising water and unpredictable weather, climate impact also manifests itself in conflict and economic instability for communities on the frontline.

Frontline communities, according to EcoTrust, are those that experience the worst consequences of climate change first. Aside from being situated close to sites of climate impact, these populations tend to be under-resourced and inadequately equipped to withstand its effects. As environmental instability escalates, they don’t have the luxury of privileged communities that may move to escape the brunt of climate change.

South Sudan, a member of the Climate Vulnerable Forum, is rife with such frontline communities: 90 percent of the country’s population has been afflicted by droughts, deforestation, floods, pollution and conflict. Indeed, Emmanuel Lobijo Josto Eka, South Sudanese delegate at the Youth Climate Summit, believes climate change to be a leading cause of the country’s civil war.

“Twenty-one years back, before the conflict, in Sudan we used to have ten months of rainfall throughout the year and two seasons of farming,” Lobijo Josto Eka explained. “But after all those years, we only have seven months of rainfall and several areas of severe drought. If that isn’t climate change, what is?”

Many plains across the South Sudan states of Unity and Jonglei, among others, used to be the breadbaskets of the world; now, they lay waste and infertile, broken up in patches for oil extraction. The resulting food instability in the region led to fighting for scarce resources.

Lobijo Josto Eka himself grew up in Uganda’s Rhino Camp as the civil war raged on in Sudan, eventually repatriating in 2009. He watched his country gain independence in 2011, becoming the youngest nation in the world.

Challenges still persist, such as high poverty, a 70% illiteracy rate, and the inadequate infrastructure of a developing nation. However, Lobijo Josto Eka is hopeful. His NGO, Jurub Open Space, has worked to educate South Sudanese youths in their home states as well as refugee camps on the link between peacebuilding and environmental preservation.

Ghana’s Youth Delegate Desmond Alugnoa, on the other hand, speaks about how environmental conservation can also create jobs that are much sought-after in financially struggling frontline communities.

“We were having a hard time breaking down the barrier between creating jobs whilst working on the Sustainable Development Goals,” Alugnoa shared. “We ended up focusing on creating jobs for women and youths through remediation and better land governance.” To achieve this end, Alugnoa works for Green Africa Youth, an organization focused on sustainable development goals (SDGs), a list of goals adopted by all United Nations members in 2015 to conserve the planet and ensure quality of life for all people by 2030. At Green Africa Youth, he advocates for agricultural innovation, job creation, and tackles land governance issues.

“Africa occupies a very unique position when it comes to climate—the good, the bad, the ugly,” Alugnoa said. “Sub-Saharan Africa will be the worst hit by the onset of climate change … If people don’t understand the science, they should still be able to see what we’re experiencing in our country and region.”

In more economically stable nations like Nigeria and Egypt, climate change manifests itself in water issues, which obstruct the road to public health and youth development. Limited access to clean water and sanitation in Nigeria significantly contributes to high morbidity and mortality rates among children under five. Children are especially vulnerable to water-borne diseases, which according to UNICEF, leads to over 70,000 youth deaths annually. Meanwhile in Egypt, communities suffer from water scarcity due to misuse of resources, poor irrigation, and uneven distribution.

In Egypt, meanwhile, the only freshwater source is the Nile River, which is subjected to pollution by industrial and municipal wastewater, oil, agricultural drainage, and natural cyanotoxins due to poor sanitation and the fact that “each Egyptian citizen produces one ton of waste each year,” according to AbdelRahman Fahmy, the Egyptian Youth delegate.

However, these activists are taking the initiative to restore a healthy environment for the frontlines. Gbujie is the founder and CEO of Team 54 Project, an international climate action organization connecting over 90,000 members. His peer Fahmy co-founded the “youthinkgreen” global youth movement’s Egypt team to provide climate education to 50 private and public schools over the past six years.

The climate movement doesn’t recognize demographic divisions; it simply calls on any and everyone to take on the climate crisis with empathy and urgency. It has fostered a global community, willing to break boundaries to find collective solutions, and it has empowered a new generation of African climate activists, ready to seize their future.

“We must tame the beast called climate change,” said Gbujie, and Africa is committed to achieve just that.

Teenagers in Southern Africa are smuggling and selling deforested charcoal: “The only way to survive”

Dirty fuel: powering nuclear plants could put these communities in Brazil at risk 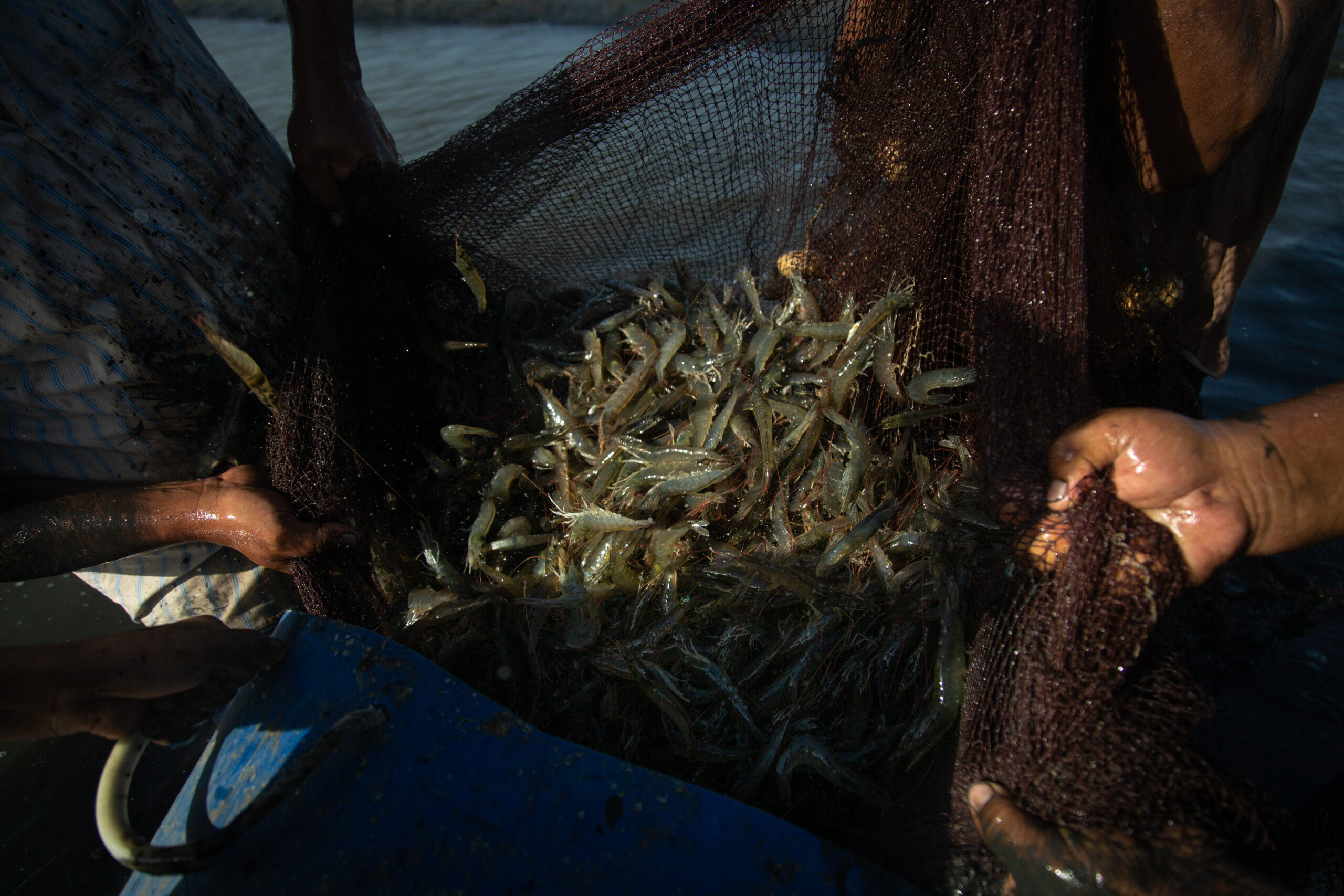 In this two part investigative series, Eman Mounir sheds light on the impact of the industrial sector on Egyptian fisheries.