Prices for gas, coal and electricity have soared on a global scale in recent weeks, reaching their highest levels in a century – after the drop in global energy consumption in the first months of last year’s covid-19 crisis drove prices up. of many fuels to the lowest levels in decades. Since then, however, the use of highly polluting energy sources has rebounded sharply as a result of the recovery of the global economy.

Brazil also felt the impact of the increase in the price of fossil fuels , but decided to resort to these polluting sources in the midst of a severe water crisis . The result? Never before has so much electricity been generated in Brazilian territory at thermoelectric plants – which produce electricity from burning coal, fuel oil or natural gas – as in August this year. Data from the National Electric System Operator (ONS) show that 14,143 gigawatt-hours (GWh) were produced in the period, 12% more than the total recorded at the height of the last water crisis, in 2015.

Coal-fired power plants, in particular, are the single largest source of energy- related CO2 emissions , posing a major challenge for governments seeking a path to zero net-emission energy systems and looking to provide cleaner, more sustainable alternatives. This Thursday (4/11), the world took the task of eliminating energy from coal one step further, with more than 40 countries pledging to reduce its use – including some of the world’s largest coal users, such as Poland , Vietnam and Chile.

But, if the costs of fossil fuels have registered historical records, while the world is fighting global warming – intensified precisely by the emissions of greenhouse gases –, what is needed to implement an energy transition towards renewable alternatives once and for all ?

Also Read: COP26: expectations for advancing the achievements of the
Paris Agreement and Brazil’s role in the crisis of the century

“Energy” is precisely the theme that should centralize the discussions this Thursday (4/11) at the 26th Conference of the Parties to the United Nations Framework Convention on Climate Change ( COP26 ), which brings together heads of State and representatives of more from 190 countries in Glasgow, Scotland.

According to the International Energy Agency (IEA), investments in oil and natural gas have declined in recent years as a result of two declines in commodity prices – in 2014 and in 2020. This has made supply more vulnerable to the kinds of exceptional circumstances we see today, the agency points out . At the same time, governments have not pursued policies strong enough to scale up clean energy sources and technologies to fill the gap.

“It is legitimate for countries to take emergency measures against periods of short-term market turmoil. But these measures must be implemented in a way that does not worsen the investment climate for low carbon energy sources and technologies such as renewable energy, efficiency energy, electricity networks, nuclear energy and sustainable biofuels, which are vital for the transition towards cleaner and more resilient energy systems”, warned the IEA, in a report published on the eve of COP26.

Oil, gas and coal still account for 80% of the total volume of energy consumed and are responsible for 75% of climate imbalances, the report describes. The IEA also highlights that the current general investment deficit affects not only the climate, but also prices and supply. This picture anticipates more “turbulence” in the market, because the supply of clean energy does not satisfy the increase in demand.

Public and private funding for polluting sources also weighs against the green transition. There are high expectations for COP 26 in this regard. The United States, the United Kingdom and 18 other countries are expected to sign a joint declaration to end public development bank financing of foreign oil, gas and coal exploration projects by the end of next year. This week, the world’s leading private equity financial institutions also signed an agreement to transition to a greener economy, led by the Glasgow Financial Alliance for Net Zero (GFANZ) .

“In the horizon of the national energy plan, the generation of wind sources will double by 2030. In addition, the prospects are also encouraging for the solar source. In September, we reached the historic mark of 11 GW of operating power for the solar source in the country . The renewable market in Brazil, for the next few years, is very promising”, describes Christiano Vieira, secretary of electric energy at the Ministry of Mines and Energy (MME).

Vieira admits that the energy transition is essential for the country, but argues that Brazil already has one of the cleanest matrices in the world, especially due to the intense use of hydroelectric plants. With the water crisis, however, it is clear how much this option needs to have alternatives.

“Renewable sources bring an energy security component that we cannot ignore. This water situation is, at the moment, unfavorable, but we have a record of wind and solar production that has contributed to support, the reliability of the system. So renewable energy is very important”, describes the secretary of electric energy.

Monitoring carried out by the World Bank shows that the kilowatt-hour (kWh) in Brazil was already above the world average in 2019. Electricity for Brazilians is more expensive than in countries like Norway and Sweden, which also have a large share of hydroelectric plants in the matrix .

Burning fossil fuels emits gases that increase the Earth’s natural greenhouse effect and thus accelerate climate change . The International Energy Agency details the phasing out of coal-fired power plants as a target for urgent action by countries. According to the agency, zeroing net greenhouse gas (GHG) emissions globally by 2050 would require phasing out all coal-fired generation in developed economies by 2030 and worldwide by 2040. 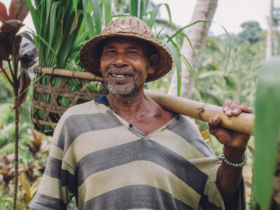 Some of our biggest Caribbean stories in 2022 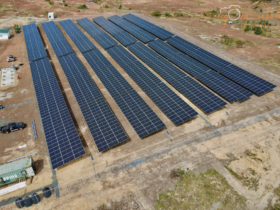