And welcome to COP25 day 8, live from Madrid.

Here an update from the negotiations from the end of last week.

Organisers say around 500,000 people took part in the demonstrations in Madrid. But people also took to the streets in Santiago, were the original People’s Summit is taking place and where COP should have been held.

Here’s a sneak peek on how it looked like from the ground. The video showcases our exceptional fellow Andrea Ana Gálvez, covering for Argentinean media outlet Tiempo Argentino. Photos are from our fantastic photographer Allan Jay Quesada.

Loss and damage: There is no significant progress on Loss and Damage. There are proposals on the table for a new executive group on action and support, and guidance for the Green Climate Fund on including Loss and Damage in their work. For now, delegates are asking for more time to discuss.

Common timeframes: The text now includes 10 options all with several sub-options. My favourite wording, and by no means the worst option includes: “Urges each Party to communicate by 2025 a nationally determined contribution with a time frame up to 2035 or 2040 including an indicative waypoint in years ending in 0 and 5.” It was mentioned that the topic could move altogether to June 2020.

Carbon markets: After a full week, all the main issues that could derail carbon markets are still on the table. NGOs are getting worried and saying it is better a no deal than a bad deal. At the CAN press briefing, Erika Lennon, Senior attorney at CIEL said: “we hope they can take the time to get it right here, but if they need to take the time to discuss this in Glasgow, that’s ok”.

Response measures: Similar to the Gender Action Plan, it looked like an easy win earlier in the week. But discussions were pushed to late on Saturday. Discussions on assessing and implementing a Just transition, assessing vulnerable communities, as well as processes for best practice sharing on decarbonisation processes, have been very divisive.

Gender: OECD countries are sitting on their pre-existing commitment 80% of their ODA to gender-sensitive initiatives, and not keen on funding anything additional going forward. This is understandably frustrating to countries discussing issues that frankly, many have never done before.

Science: Under the Research and Systematic Observation chapter of the SBSTA, countries have been discussing how to consider the latest science of the IPCC: the land and oceans reports released this year.

Trump is doing a great job… according to Reuters:

“We have a situation where we’re looking very strongly at sinks and showers and other elements of bathrooms,” Trump told a meeting of small business leaders at the White House. “You turn the faucet on in areas where there are tremendous amounts of water … and you don’t get any water,” he added. He said the Environmental Protection Agency was looking “very strongly at my suggestion.”

The fixtures “end up using more water,” Trump told the roundtable where U.S. officials also reviewed his agenda of slashing regulations such as those on efficient light bulbs. “People are flushing toilets 10 times, 15 times, as opposed to once,” he said.

Sydney needs flooding rains to stop the fires, and Southern Africa is suffering the worst drought in a century, and its hitting both farmers and their key source of energy. 45 million people in need of food aid and the the Kariba Dam output is almost nothing: https://www.reuters.com/article/us-climatechange-drought-zimbabwe/victoria-falls-shrink-to-a-trickle-feeding-climate-change-fears-idUSKBN1YA1HC

Real Madrid is wearing Green tonight! In support of COP25 – in a move that will be small on substance but big on public engagement, the global football giant will wear green in support of climate action…just not in support of carbon offsets. https://en.as.com/en/2019/12/05/football/1575584068_276560.html

A great 19-page document called “A fair direction for Denmark” – and reads as a full societal revamp with a push to combat climate change as well as decentralisation of Denmark’s society, inequality, focus on education, strengthen welfare, promote integration and shoulder responsibility for the world. Includes: 1) Stop to sales of all new diesel and petrol cars as of 2030 and enhanced low emissions zones; 2) Push for a Commission for Green Transition can advance its work so that the final report is available before the end of 2020; 3) Climate and consideration elements for infrastructure; 4) A binding reduction target for agriculture; 5) Higher taxes on plastics and a plastics action plan; 6) Enhance green diplomacy in the EU; 7) Even strengthen kindergarten; 8) democratic ownership of critical infrastructure; 9) More Asylum. 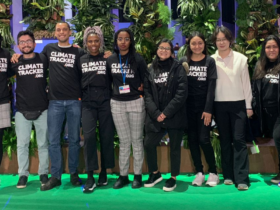 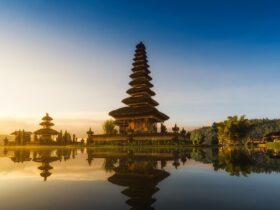