Africa’s largest economy will need a lot of investment to complete its energy transition. Here, we explain what the key issues will be.

Africa’s largest oil-producing economy— will need financial support from developed countries to decarbonize and tackle the climate crisis. But, what exactly are the country’s needs? Climate finance has been one of the key issues raised by the country for decades to tackle climate change. In the last UN Climate Conference (COP26), in Glasgow, President Buhari Mohammadu even said Nigeria’s goals depend on “technical and financial support”. 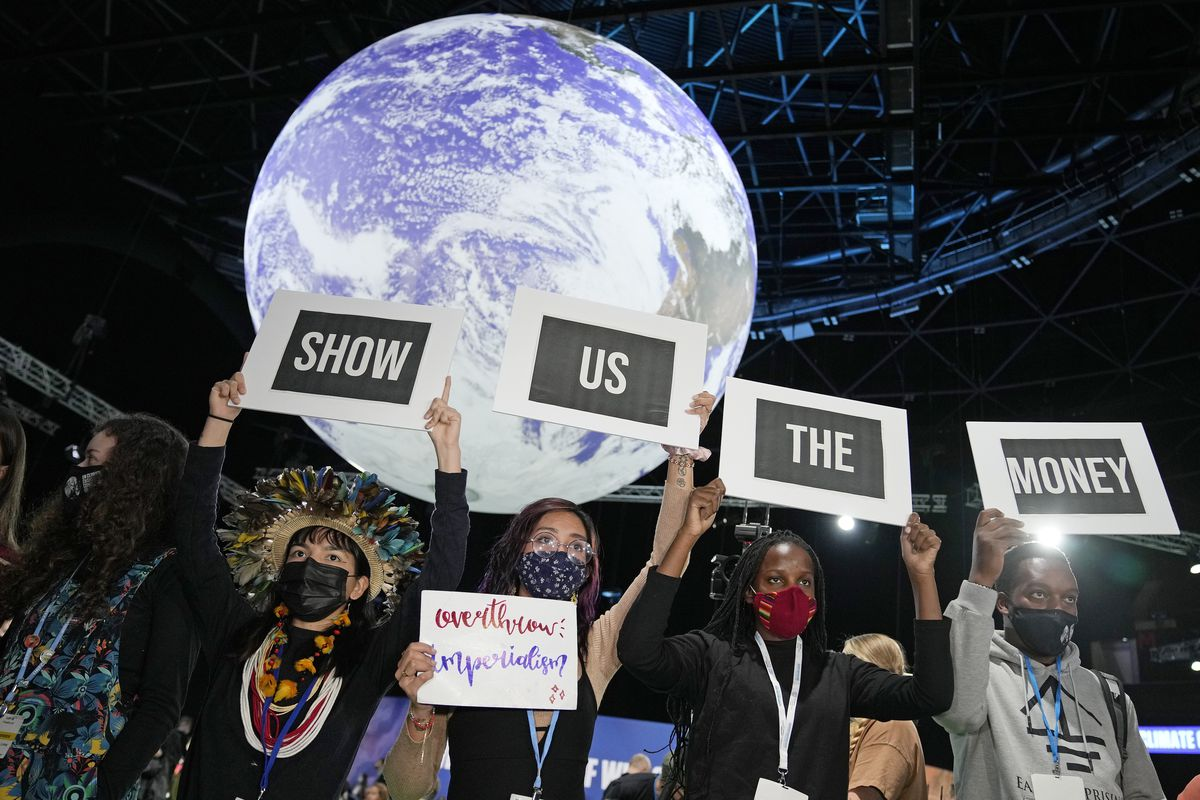 The Nigerian economy is heavily dependent on the oil sector, which accounts for over 95% of export earnings and 80% of its budgetary revenues, according to the data site GlobalEDGE developed by Michigan State University in the US.

Data from the Nigerian Petroleum Corporation shows the country produces a maximum crude oil production capacity of 2.5 million barrels per day, Nigeria ranks as Africa’s largest producer of oil and the sixth-largest oil-producing country in the world

The Nigerian power system is characterised by a massive gap between supply and demand, says the country’s ministerial committee on renewable energy.

Currently, the power demand is estimated at 17,520MW, while its peak generation barely reaches 5,300MW, the same committee highlights.

Although Nigeria has the potential for deployment of renewable energies like wind, solar, biomass, and hydropower, most of Nigeria’s electricity (almost 80%) comes from methane gas, according to the IEA.

What is climate finance?

In 2009, at the UN climate negotiations, developed countries committed to jointly mobilising US$100 billion a year by 2020 to address the needs of developing countries for a green transition.

At this conference, countries specified that the money would come from a variety of sources, like public and private initiatives, as well as bilateral and multilateral.

After being delayed due to the pandemic, Cop26 was supposed to deliver the USD 100 billion for developing countries in 2021, but the goal fell short by a large margin.

In 2019, developed countries delivered around US$80 billion in climate finance —taking into account some dubious projects—, which means the goal is unlikely to have been met in 2020, according to the Organisation for Economic Cooperation and Development (OECD).

Instead, in COP26, countries signed the Glasgow Climate Pact, where they committed to deliver the money by 2025.

What are Nigeria’s financial needs?

Several sectors of the Nigerian economy will require adequate financing to effectively transition and to deliver its climate actions plan.

For Nigeria to achieve universal access to electricity by 2030, it would need to connect more than 1,000,000 households per year. According to the paper, Achieving Clean Energy Access in Sub-Saharan Africa.

According to the OECD, “grid, mini-grid, and SHS options will all be required both to meet this goal and to provide quality services to unserved and underserved households as well as businesses promptly. Such options will require major investments and access to flexible financing”.

This will have to go hand in hand with the country’s development needs. In 2020, 40% or 83 million Nigerians live in poverty, said the Nigerian National Bureau of Statistics (NBS)  Although Nigeria’s poverty profile for 2021 has not yet been released, it is estimated that the number of poor people will increase to 90 million, or 45% of the population, in 2022.

The level of investment required to achieve universal access in Sub-Saharan Africa is estimated to be USD $27 billion annually until 2030. which is at least double current levels of financing – highlighting the need for significant increases from domestic sources and international sources.

Where will the money come from?

There are various streams of climate funds for climate change initiatives. The Green Climate Fund (GCF), the Global Environmental Facility (GEF), and the Adaptation Fund are some of the key ones for Nigeria.

There is also a gas fund initiative intending to mitigate gas infrastructures as reported. There is a Climate Investment Fund supported by the African Development bank.

This mechanism is formally called Green Bond and it is a finance mechanism that pretends to assist green projects and accelerate climate action in Nigeria.

However, the Green Bond initiative has key limitations: there is no publicly available data to ascertain how much money has been gathered, as well as how long it will take to gather the 240 million.

The fund is supposed to be accessed by the people affected by the prevailing impacts of climate change in the country.

Direct partnerships are also a possibility for finance. In August 2021, the UK approved €16.2 million for Nigeria to tackle climate change and plastic pollution.

South Africa is one of the African countries that opted for this route. During COP26, the UK, the US, and the EU announced a financial package of US$8.5 billion to fund South Africa’s transition into clean energy.

What is Nigeria’s energy transition plan?

The Nigerian energy transition plan includes a gradual transition to renewable energy, with a plan to build new transmission lines and roads, according to President Muhammadu Buhari.

“It begins with transitioning to cleaner but consistent energy production. Fossil fuel power generation that can provide electricity 24 hours a day in all conditions can be re-tooled to be greener through carbon capture and the conversion of coal and heavy fuel oil power stations to biomass”, Buhari said during COP26.

Nigeria will bring forward new technologies such as mini-hydro power plants which can operate and produce power day and night along shallow waterways without damaging the aquatic life on which local communities are sustained.

The President has reaffirmed his administration’s commitments to clean energy transition noted that funding will continue to play a critical role as far as carbon emission reduction is concerned. He also added that “the net-zero ambition can lead to economic transformation across all sectors. It is a good ambition, but it requires critical infrastructure in place, including renewable energy”.

The country is highly vulnerable to climate change and is classified as one of the ten most vulnerable countries in the world, according to the 2017 Climate Change Vulnerability Index. Nigeria is exposed to extreme weather events, such as floods, droughts, sand storms, and heatwaves.

How much money does Nigeria spend on climate change?

According to an analysis by Dataphyte, a media research and data analytics organisation in Nigeria, the country’s budgetary allocation to the ministry of Environment has increased in the last two years, but there is no open data on how much is spent on climate change.

However, funds are distributed across different sectors like agriculture, environment, education, and ecological funds to tackle climate change in the different sectors. There are also no estimates of how much Nigeria will be spending on fossil fuels.

According to Climate Action Tracker, Nigeria needs a better way to track its green finances. In order to achieve a green transition.

There is significant room to improve on Nigeria’s transparency framework, said CAT . The country lacks a fully operational GHG Inventory System and its ability to track climate finance and mitigation actions is limited, CAT added.

A number of initiatives are underway to address both of these issues. Given that the Climate Change Act provides for a five-year carbon budget cycle, it is assumed this will establish a formalised ratchet-up mechanism that ensures its NDC is reviewed and updated. However, it is unclear if this will be in sync with the Paris Agreement’s five-year cycle, CAT concluded.