This post is part of a collaboration between Climate Tracker and Young Reporters for the Environment. This article is the winner of the 2019 competition for international collaboration 15-18 years. Authors of the article: Angela Gatt (Malta); Bengisu Aksoy(Turkey); Diogo Martins(Portugal); Eleni Vossou(Greece); Sofia Castanho(Portugal).

The cork tree is known as the only tree in the world that can survive having all its bark removed from its trunk. Not as well-known are the facts that it is also fireproof, waterproof and soundproof, thus making it also resistant to a wide spectrum of weather, climate and elements and more importantly is the fact that harvested oak trees store up to five times more carbon than unharvested ones. The bark obtained through extractions is more popularly used in the production of cork.

As tradition goes the cork tree (Quercus suber) is left untouched for the first 25 years or until it obtains the diameter of 70cm. It would then be ready for its first extraction, which is called “desbóia”. This specific type of bark, along with that obtained in the secondary extraction (which occurs at least nine years later) is not used in the production of wine stoppers because the cork is not mature enough for this process. It is instead used in the making of clothing and shoes, insulation, domestic, gym and playground flooring, decoration, musical instruments, kayaks, surfboards and even in the tip of shuttlecocks. This cork is also implemented in structures such as train railways, airports, music studios and the interior walls of wind turbines – in the first two it is used as a way to reduce vibrations and noise from the loud vehicles using them therefore reducing the public disturbance and noise pollution and in the last one the corks insulation in the turbine prevents ice and snow from forming on the blades. Another great example of using cork in the natural environment is when it is used in cases of oil spills to extract it from the sea and recollect it. In such a scenario the cork attracts the oil and absorbs it in its empty cells.

The proceeding bark extractions, fit for the production of cork stoppers, goes through a set of specific steps that make it usable. During the months of May, June and July the cork is carefully removed from the tree and transported to the factory. The cork will rest during one year and after this time it will go through the boiling process where the planks are boiled for an hour to soften them, make them more flexible and also to clean them throughout. To avoid cross-contamination nowadays, the water is cleaned, filtered and replenished regularly, with faulty pieces being removed on a continuous basis. Afterwards these are placed on a concrete slab to avoid contact with the ground and left to dry out for around a year. During this process the bark cells are emptied from their cytoplasm and this is instead replaced with air- which helps it get more flexible. The cork is then graded and cut into workable pieces manually. Some would then be used for punching natural corks out of; others will be used to make technical corks if not for other objects. According to local producers of cork, this is normally decided by the thickness and quality the bark and could range the price of the cork lid to a maximum cost of €3 each. Despite cork lids being the main product the company produces (consisting generally of 70% of their sales) surprisingly, the cork suitable for this represents only 30% of their products.

Amorim, a family company- currently the biggest cork importer and producer on the planet, imports more than 5.5 billion corks a year out of the total of the 19 billion sold worldwide. Just as their motto goes «not just one market, not just one client, not just one currency, not just one product», the Amorim Group overcame geographical borders and constraints, risky at the time it was founded in 1870, and presented cork to the world, making its mark in sectors such as real estate, design, fashion, technological progress, finance, telecommunications, tourism and green energy- which they currently use to run the factory. It was stated that at the moment, the local infrastructures produce 92% of the energy needed and overall in all Amorim factories 52%. This number is expected to rise in the following years, such that the company would be able to completely sustain itself and other local buildings hopefully. Amorim is also responsible for the management of 70 companies engaged in the cork manufacture, research, development, promotion and sale of products and new solutions for the cork industry.

So far, apart from gaining the name and reputation as the best cork producer in the world, Amorim has also achieved several other reputable goals including: collaboration with Nike, NASA, the Olympic Games and O-I (Helix Concept) and also worked with distinguished artists in the building of several famous places, amongst them the Sagrada Família in Spain and the Victorian London Museum. Innovation and the ability to generate new business have always been part of Amorim’s goal, therefore its workers health safety and content is always a priority. As a way to promote this they have started to apply the KAIZAN methodology invented by the company Toyota. Every morning before work, five minutes are dedicated to break the work process for the day, analyse the previous day`s results and expectations. This ensures the employees maximum output in their work. It is also worth noticing that the job of a cork harvester is the most well paid agricultural job in Portugal.

Amorim also helps raise awareness to the constantly raising environmental and climate issues. Internally this is done constantly such that the company is self-sufficient in the way that everything is used or recycled and never thrown away. The Amorim cork bark is certified FSC 100%, meaning that the company operates in an environmentally, economically and socially responsible way. This might not seem like much in the case of cork production as the trees are not destroyed or ruined, but still in cases of bird nests or any other animal impact on the oak precaution is taken and the tree is left to be. Animal impact on the trees is respected in Amorim, especially nowadays when more and more people are interested in where their products come from, how they are made, and their impact on the world around them. Pesticides are used as little as possible in the growth and upkeep of the trees, as they tend to destroy the bark and make it not fit for cork stopper production therefore natural means are used to fight the raising bug and illness issue caused by drastic increase in temperatures. Externally it constantly rises awareness among the public by hosting competitions with schools, restaurants and other business, they ask these organisations to give the company used cork back in return for much needed resources and funding. Law is given full priority in the upkeep of oak trees and if some of these trees are cut due to personal or commercial reason, the person has to replant in return 125%. By this action the safety and survival of the oak tree is permanently secured.

Environmentalist in Pakistan are pushing for the protection of mangroves .They highlight their significance in protection from climate events. 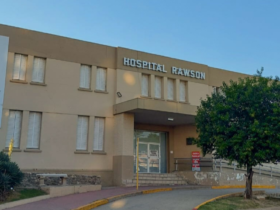 Córdoba, a template region in central Argentina, received a deadly visitor in the last decade: Dengue fever. Climate change is pushing this and other illnesses to new latitudes, where people are less adapted to them.