Today we bring you Tereza Cristina, Brazil’s Minister of Agriculture and a leading figure of the country’s agribusiness sector. She’s one of the only two women in Bolsonaro’s 22-ministers cabinet. However, she’s probably the one that has more support from the president. In fact, when Bolsonaro was asked about the low presence of women in his government he said that “each one of these women equals ten men”.

Before joining the Bolsonaro government, Tereza Cristina was a deputy for the state of Mato Grosso do Sul, Brazil’s agribusiness hub. She was also the leader of the Frente Parlamentar Agropecuaria (FPA), an influential group of congressmen from different parties that vote together on issues related to agribusiness. The FPA controls about 40% of the votes in Congress.And in fact, Tereza Cristina’s appointment was suggested by the FPA to Bolsonaro.

One of Tereza’s biggest achievements during her time in congress was helping pass the so called “Poison bill”, which  eases the rules to approve new pesticides.The bill had been opposed by many organizations, including the United Nations who called it “a serious threat to a number of Human Rights”.

Perhaps not surprisingly, since Tereza Cristina took office, the Ministry of Agriculture has authorized 325 new pesticides. While these figures are part of a trend that started in 2016, during the previous government, the current rate of new pesticides is the highest ever. Cristina’s passionate defence of pesticides has earned her the nickname of “The poison muse”.

One of her first controversies after joining the government was her squabble with Brazilian model Gisele Bundchen. Tereza Cristina called her a “bad Brazilian” for her defence of the environment, and added that she spoke “without knowledge”. Bundchen replied with an elegant letter where she reminded the minister that deforestation had increased 13% in 2018 in the Amazon, “the worst record in 10 years”.

“[The Amazon is] A priceless heritage threatened by illegal deforestation and public land grabbing. Those are the ‘bad Brazilians’,” Bundchen wrote.

A few months later, Cristina made headlines again after saying that there’s no hunger in Brazil “because we have mangoes in our cities”.

Cristina has also been involved in some shady businesses involving the large meat company JBS. Last year, newspaper Folha de Sao Paulo reported that Cristina had given tax benefits to the company while she worked for the secretariat of the state of Mato Grosso. At the same time, she was renting to JBS a land plot owned by her family. Cristina denied any wrongdoing.

In general, Cristina shares the same views about the Amazon as other members of the government. She downplays the role of agribusiness in deforestation, says that the fires were misreported by the international media and argues that the Amazon region needs to be “developed” to protect the forest. But unlike most of her colleagues, she expresses her ideas without insulting anyone, making her a rara avis in the government. 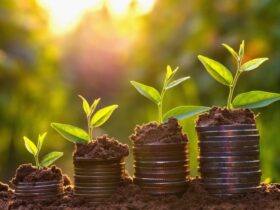 Road to COP27: The anatomy of loss and damage finance, the Philippine perspective

Arguably the most critical issue heading into the November climate negotiations (COP27) in Egypt is the establishment of a financial mechanism to avert or minimize loss and damage.