Over the past 4 years, Climate Tracker has worked intensively to establish a network of journalists and climate activists in the Arab world where climate change is yet to become a mainstream discourse. During those years, we conducted workshops on climate change communications and the international climate agreements in several Arab countries including Morocco, Tunisia, Lebanon, and Sudan.

In 2019, Climate Tracker chose 4 amazing journalists from Tunisia, Egypt, Yemen, and Morocco and trained them to report more effectively on the environmental and climate change issues in their countries and in the Arab region. The journalists spent 6 months in a fellowship with Climate Tracker where they have written around 50 articles.

Our fellow Ahmed Saba from Egypt wrote 19 articles on topics such as the impacts of fossil fuels on Egypt’s environment. Ahmed also wrote about the importance of energy transition and the available opportunities for Egypt and the Arab world in the renewable energy sector.

“Despite the increasing interest in renewable energy in the Arab world, the initiatives remain individual and lack the institutional legislative system in light of the traditional central frameworks and governmental support for fossil fuel energy dominated in most countries. The nature of the central government system and the lack of harmony between the social, economic, environmental and legal frameworks, but the hope remains in a clean Arab world free from polluted energy and preserving the rights of future generations.” Says Ahmed in one of his articles

Our fellow Sahar Mohammed from Yemen, who published 6 articles in 2019, reported on critical environmental topics in Yemen that news agencies tend to neglect “because reporting on war is more “trendy” for them” says Sahar. One of the interesting pieces that Sahar worked on in 2019 was an extensive report on the Safor oil tanker in the Ras Isa port in the Red Sea

“With a tonnage exceeding one million barrels of crude oil, the Yemeni “Safir” oil tanker is still standing at the Ras Isa port in the Red Sea, only about five miles from the Yemeni coast. The floating oil tanker is actually a floating bomb that portends an environmental and humanitarian catastrophe that may be the worst in Yemen at all,” says Sahar in her Article.

Sahar also wrote about the challenges and the opportunities for renewable energy in Yemen and the MENA region and she reported on some youth initiatives in Yemen that are working to increase awareness on climate change impacts. Sahar has also produced a video report on an initiative in Yemen that produces electricity from waste for houses in her city.

In Tunisia, our fellow Sofien Karbaa wrote about climate change impacts and how Tunisia is under the water poverty line. He also wrote about the renewable energy opportunities in Tunisia and emerging youth activism in the MENA region demanding better climate action from the government.

“There is no doubt that the cost of alternative projects to save water, such as the desalination of seawater is very expensive for the country, but we must not forget that the country is investing a fortune on fossil fuel projects (oil, gas, coal, etc) even though Its emissions are heavy and they are the reason behind climate change severe impacts.we should be investing in projects that helps our future not destroy it. ”, says Sofien in one of his articles.

In Morocco, our fellow Sara Haddou wrote more than 10 articles where she reported on the impacts of climate change in Morocco and the available renewable energy initiatives that should be taken as an example to lead in the country and the region.

“Global protests for climate action from international and local civil society movements are becoming more and more frequent and are now a tool to pressure governments and increase awareness about climate change impacts on our daily lives. North Africa is one of the regions most threatened by climate change, according to the World Bank, the region could become uninhabitable in the near future. In the orbit of this issue, Climate activism has managed to put pressure on governments in countries like Morocco and Tunisia. Morocco is now progressing in a good way towards relying on solar energy instead of fossil energy. In Tunisia, a recommendation paper directed to the legislative authority and decision-makers was presented before the elections to allow political parties to consider the climate in their programs ” Says Sara in one of her articles.

In 2020 we will be implementing more projects in the MENA region, to continue engaging with activists and journalists and work with them to increase the level of environmental awareness in the region.

If you are a journalist from the Arab region and are interested in learning more about our work and how to join us. Please drop us an email here or subscribe to our Arab world newsletter where we share weekly updates and opportunities on climate change!

Lina Yassin
View More Posts
Middle East and North Africa Program Manager. In 2016 became the youngest Sudanese climate journalist to publish in a national newspaper. Working from Sudan, at least when they don't have blackouts. 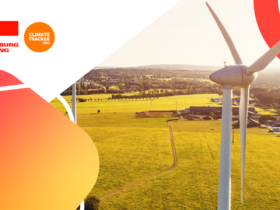